Reprinted with Permission from the Cavalier County Republican

It did not take long…to put steam into individuals to start working on some of the ideas.

The Cavalier County Job Development Authority (CCJDA) held a community input meeting to gather information on what the public viewed as needs for the area as well as gain new ideas for what the community would like to see come to the area. This exact type of meeting is held every five years, although the strategic plan is updated once a year using input from businesses owners, the hospital, schools, county commissioners and city commissioners.

These meetings are important in helping CCJDA and Duerr get all the community ideas for the future written down in one place. It helps give an idea of what types of projects people like to see and also helps prevent duplicate projects. They also help bring people together. One group may mention a need, and another group may have a way to fill that need. For this most recent community forum, 14 people attended the session.

There were several new suggestions at this year’s planning session with the following suggestions being some of the standout suggestions in each category and benchmark.

Fun, adult education classes  were a topic that was covered, and with a lot of classes already being sponsored by some organizations in the community, the focus was on what new things could be done. Some of the classes being offered are from the Northern Lights Arts Council, for example, which offers the wine and canvas classes; Langdon Floral offers flower arranging; RoxAnne Hoffarth has offered knitting classes; and Sew On & Sew North has a variety of classes/retreats.

“People really like these and are wondering what other fun classes could be offered,” Duerr explained.

Some of the suggestions for fun adult classes included woodworking, crafts, and cooking. Along with those suggestions was a basic/beginner computer course for adults and an introduction for using Facebook for seniors, allowing them to stay better connected to family.

Options for educational courses for school age was also discussed.  Duerr explained that a survey of high school students was suggested to see what type of training students would like to have offered that is not currently available to them that could help them prepare for future careers. Another suggestion for school-age was a more in-depth STEM/STEAM integration for the students to participate in. 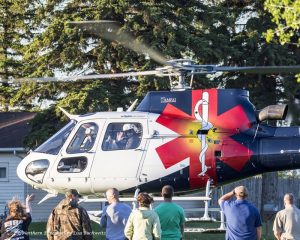 Another very urgent and important issue that was discussed was the need for ambulance volunteers and a good portion of the meeting was spent on this topic. Having an ambulance service in a rural community is critical, and a few different ideas were proposed over the course of discussion.

“We will be trying to set-up a meeting with the hospital to discuss some of the options,” Duerr said, “The options presented included training through the school and bringing in a training to the community so people don’t have to drive out of town to attend classes.”

One of the topics covered during this part of discussion was lot availability. This is a concern,  and many individuals would like to see low cost lots available for those who are looking to build a new home. Other options for making adequate housing more readily available was treating market rate rental housing as a need, especially rental housing large enough for families and demolishing dilapidated, abandoned structures in order to make room for new development.

A hot topic at many commission meetings both at the county and city level is how to address aging infrastructure and the need to maintain what is already in place. Most communities in the county are facing huge projects concerning their water, sewer, and streets.

Not only are the cities facing the needs of improving infrastructure but Cavalier County roads are also aging. The current infrastructure maintained by the county was built when trucks were much smaller making the need to upgrade the roads to a level that can handle the increased weight and ever widening trucks and farm equipment crucial.

“Those types of projects are very expensive and the county’s budget is limited which brings us to one of the biggest infrastructure concerns,” Duerr said.

This need comes at quite possibly the worst time in terms of gaining financial assistance from the state, which brought forward the question of how to maintain infrastructure while the state is facing budget shortfalls. There was no easy answer to this during discussion.

The necessity of infrastructure was not the only topic covered in this category as the current industrial park is full. CCJDA board Carol Goodman currently has this in her portfolio and is attempting to find a location for a new industrial park.

“This is critical both to help current Cavalier County businesses expand and to recruit new businesses,” Duerr explained.

Other topics of infrastructure discussed was the need for better cell phone coverage in certain areas of the county. This is an important issue that many people are concerned about and affects mostly those in areas of Cavalier County outside of the City of Langdon. The need to expand the natural gas service was also a topic of discussion.

“We are fortunate to have natural gas as many communities our size do not have it,” Duerr stated, “However, it is near capacity, and if a large industrial type user of natural gas were to locate in Cavalier County, the current system may not be able to serve it.”

Increase Tourism Activity in the Area.

The final topic of the meeting was ways to increase tourism activity to Cavalier County. One suggestion was a kayaking outfit in the Pembina Gorge. The Red River Regional Council recently submitted a request to the CCJDA, which the board approved and is currently awaiting city approval.

The group also saw interest in ensuring the long term stainability of Frost Fire. The resort has made itself a year-round attraction with its skiing, winter activities, and summer theater program.

Other ways to encourage tourism to the area was more promotion of the Pembina Gorge. One way of doing this would be to install walking, biking, or hiking paths. Duerr notes that this particular suggestion is always mentioned but is very complicated to try and accomplish. The most difficult part being the identification and acquisition of land.

“In an ag community, land is very valuable and being able to obtain land is very expensive,” Duerr explained, “The cost of the trail itself is also expensive. If land could be identified, finding funding may be easier.”

Many of the projects identified affect the entire county. A lot of the county’s tourism happens at Mt. Carmel and in the Pembina Gorge. Several of the other communities in the county have infrastructure concerns such as water, sewer, streets, etc. that CCJDA is working to address and include strategic plan. Along with the critical services of an ambulance service to the entire county, the need for  daycare and housing availability is also a leading concern for members of the community.

“Rental housing, in particular, is difficult to come by in some of the smaller Cavalier County communities,” Duerr explained.

Once a suggestion is decided to be worked on, what steps does CCJDA go through? The strategic plan belongs to all of Cavalier County. It is not solely a CCJDA plan and it takes the entire community working together to be able to carry out the needs identified. The first step they take is to sit down and go through the list and figure out who needs to be involved with each project, then they begin making phone calls and setting up meetings with the organizations and people  who have a vested interest in each project.

Next, CCJDA has a meeting to discuss first steps and assign tasks. One of the biggest and usually most difficult part of any project is securing funding, and that is usually the first step.

“We look for grants or project sponsors, which could be more difficult in the coming years than it has been for the last several given the current economic conditions in the state,” Duerr said.

Duerr stressed that carrying out this type of plan is very much a county-wide effort and involves several individuals and entities working together to make it happen.

“The srategic plan is often referred to as the JDA Strategic Plan, but it isn’t. The ownership lies with the entire county, and we would not be able to do everything that has been done in the past and is planned for the future without the support we are so lucky to have,” Duerr explained.

It did not take long for the community meeting to put steam into individuals to start working on some of the ideas. Duerr stated that, overall, the support for the projects mentioned has been wonderful.

Individuals from the city, county, Langdon Research Center, Langdon Daycare Center and Cavalier County Memorial Hospital have already planned to meet and start working on a plan for some of these projects as soon a possible. 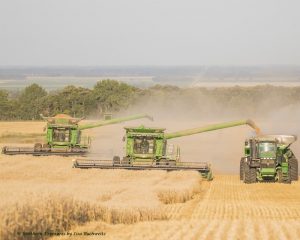 “We are fortunate to have a county that is willing to work together to achieve what needs to be done to prepare our county for the future,” Duerr said.

If anyone has any ideas that they would like to see included in the five year plan, Duerr encourages them to give her a call at 701-256-3475 or stop into her office located in the Cavalier County Courthouse.

“I love to hear new ideas for the future of our county,” Duerr said.